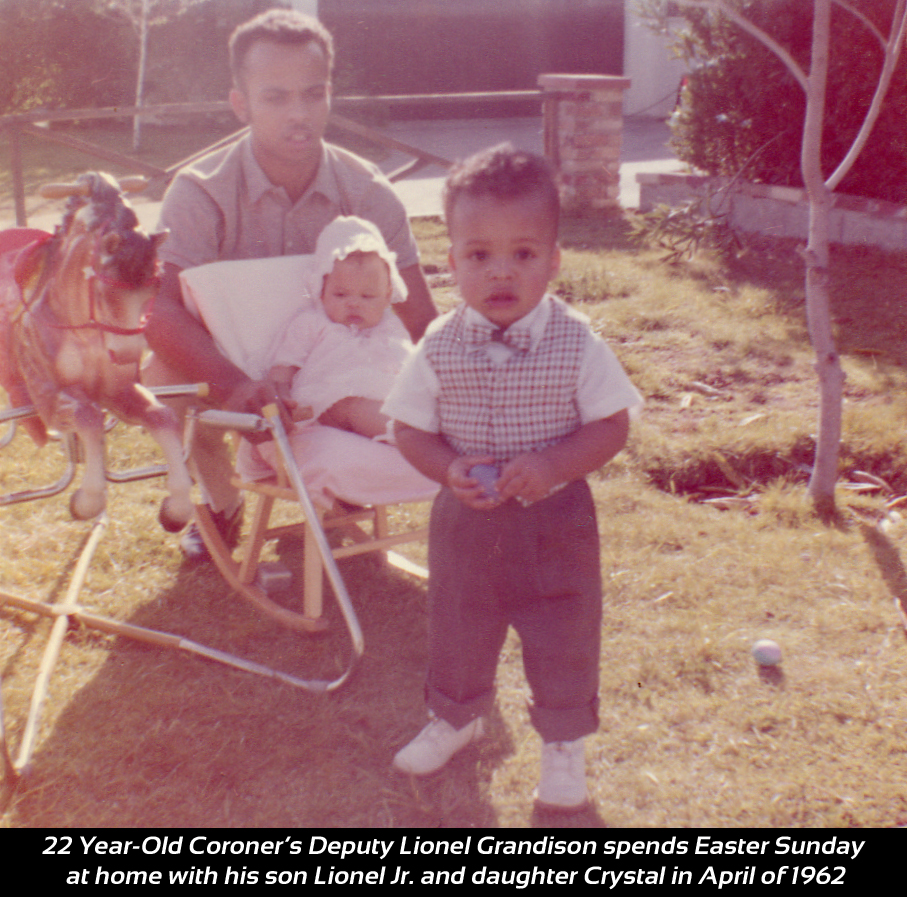 The Case of Marilyn Monroe:
Memoirs of a Deputy Coroner and Father

Most people grow up with an image of their parents that remains with them for a large part of their lives. It is imprinted upon us from the time of birth and quickly evolves into our reality. Then suddenly, one day after our parents have gotten older and usually we have too, like magic, you begin to see them differently. Sometimes it may be good and sometimes not so much, but it’s always illuminating.

In 2010, I decided to write a book about my father's experiences with the case of Marilyn Monroe. My dad was the Los Angeles County Coroner's Deputy, who signed her death certificate for those of you who don't know. During his investigation, he witnessed a cover-up of epic proportions. He paid a considerable price because he discovered Marilyn's secret diary.

The decision to write this book was due to my father completing his memoirs. They included every detail he had ever written or investigated regarding Marilyn Monroe's case during the past 50 years. When he brought me his papers, I was stunned by the story he had told.

Although I'd grown up hearing about his ordeal and experienced the aftermath, many years had passed since the subject of Marilyn's death resurfaced. By then, I had been married for 20 years had two children of my own. My daughter was a junior in college with medical school in her sights, and my son was working with me in our family business. Neither of them knew the story of Marilyn Monroe, much less it involved their Grandfather. After reading my father's memoirs, I knew it was time for that to change.

It is difficult to explain the impact his memoirs had on me. When I began to read his innermost thoughts about Marilyn's case and how it impacted his life, almost inexplicably, something changed. I began to see my father differently and understand the man he truly was. His story was riveting, and when my reading was complete, I knew this information had to be published for all to see.

My dad's recollections and accounts about the people involved were mesmerizing. He provided in-depth details about the days following Marilyn's death and what transpired at the coroner's office. He talked about his relationships in 1962, with Los Angeles County Chief Medical Examiner, Theodore Curphey, and the man who performed the autopsy, Dr. Thomas Noguchi. My father personally knew nearly everybody involved with the official case.

He talked about being only 22 years old when he walked into the office that Sunday morning and being assigned her case. His memoirs thoroughly described the drama that followed, including finding her diary in the property recovered in from her house. Although I'd seen his diary notes before, subsequent years of his investigation made the information even more pertinent.

Interestingly enough, during my early twenties, I had encouraged my father to begin writing his memoirs. In fact, with my younger sister and brother, we started organizing all of his research papers, including the diary notes. We transferred nearly everything to floppy discs and made it available for whenever he decided to begin writing. That was the last time we talked about his memoirs.

Writing the book also reminded me of what our family endured during the historic 1982 District Attorney's Inquiry into Marilyn Monroe's death. Most people have never experienced what it feels like when the news media decides you're the hot story. During the 82' Inquiry, our neighborhood was under siege with news trucks and reporters hounding our house as you'd never believe. They persistently asked questions, calling and harassing us, while making life miserable for everyone.

I didn't understand what was happening during that time. But after reading through the memoirs, my father explained details about that inquiry I never knew. He wrote about how Assistant District Attorney Ronald Carroll, tried to intimidate him and what he said during his interview with my father. My dad painted a picture most people never understood about the investigation, revealing how the DA's office wasn't trying to uncover the truth.

Ronald Carroll died not long after my father completed his memoir. The Los Angeles Times wrote an obituary story about him, describing the 82’ inquiry and how my father’s statements were the primary reason for launching the District Attorney’s investigation. Although Carroll stayed with the ruling of Marilyn committing suicide, my father never waivered from his testimony and quest to discover truth.

After completing our book, a new light shined on what my amazing father went through. His struggles to reveal the truth about Marilyn Monroe’s death have led me to believe my father, Lionel Grandison, is an American hero. My only hope now is that by reading the book, more people will understand his story, how he fought for Marilyn and the ultimate price he paid.

Lionel Grandison Jr. can be reached by email at:  bcpublishing@baitcal.com 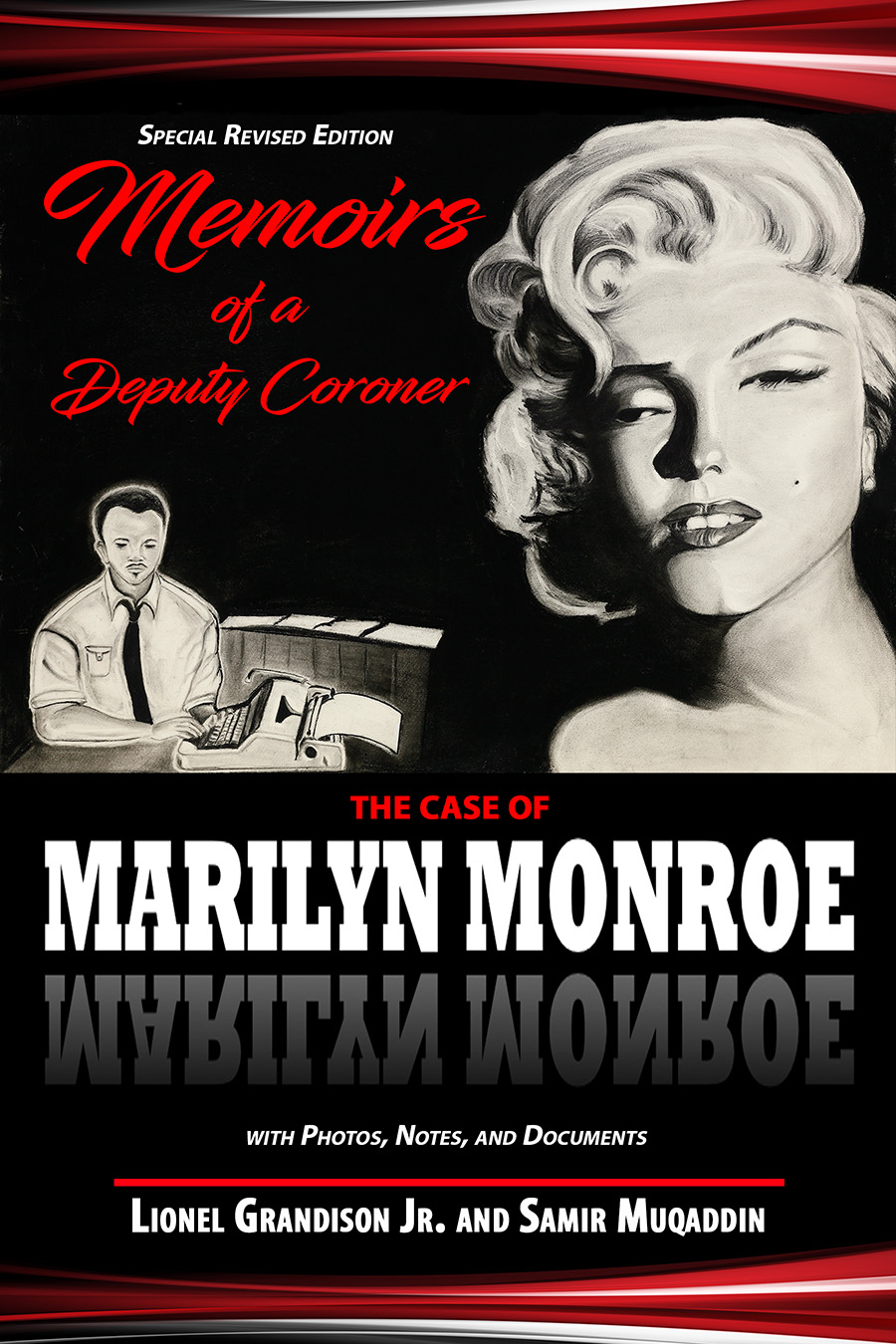